A large part of the world’s data volume already comes from networked devices, machines and sensors. The industrial and commercial use of IoT devices will continue to increase. Other IoT trends for 2019 include edge and mesh computing, artificial intelligence, new sensors and the upcoming 5G mobile network standard.
Download IoT Study 2019 (in German) 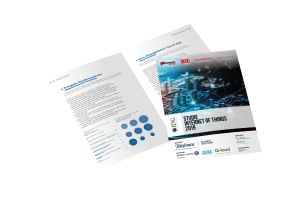 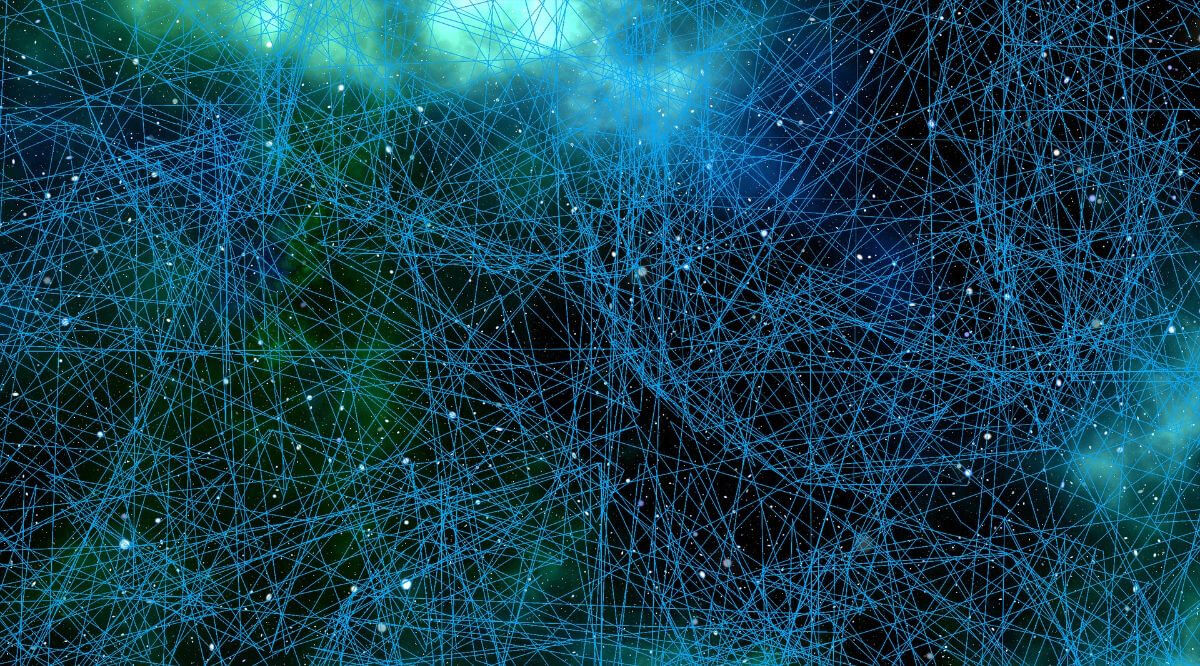 78 percent of DACH region companies think that the Internet of Things (IoT) will, by the end of 2020, be important or indeed very important. This is the result of the new IDG Study by Computerwoche, ChannelPartner, CIO and TecChannel, with Device Insight as partner.

Gartner’s analysts expect that the Industrial Internet of Things (IIoT) for smart production will be one of the most important IoT trends for 2019 and beyond, anticipating 14.2 billion networked “Things” in 2019, reaching 25 billion by 2021.

At the end of October 2018, the IoT Solutions World Congress once again took place in Barcelona. A number of solutions presented revolved around networked transport, production, healthcare, energy and supply, buildings and infrastructure. The Internet of Things can be expected to grow significantly in the B2B environment. This also coincides with IDC and Seagate expectations: the consumer share of worldwide data volume will continue to sink, making way to IoT sensor data. The increase in the B2B share is therefore a topic for IoT in 2019 and beyond. Other important trends for the coming year can be found here:

Samsung recently announced investments of 22 billion Dollars for 5G, AI and IoT. In Rome in November 2018, Huawei was also “all in” for 5G, com! professional reported. Boasting transfer rates of up to 10,000 megabits per second, the 5th mobile network generation (5G) is seen as a source of hope with regard to IoT applications. Vodafone has already started turning Düsseldorf and Frankfurt am Main into the first gigabit cities.

2019 is also scheduled to see the first wave of 5G smartphones. Forbes, the US magazine best known for its annual “Billionaire List”, recently headlined the “5G Tsunami” scheduled to break out in 2019, also reporting on other wireless technologies such as mmWave and Narrowband or NB-IoT.

The majority of industry IoT devices are already networked and, according to Paul Martin Halm, Product Manager for IoT Platform CENTERSIGHT at Device Insight, will stay that way. “Equipping each sensor for example with a 5G transmitter would be far too expensive and make no sense”. Wireless technologies, according to Gartner, at least offer more options, adding that CIOs should therefore keep their eyes on 5G and future-generation satellite communication.

According to Mobilegeeks.de, Forbes lists the 2019 IoT Trends as more IoT in industry and medicine, higher security standards, greater integration in vehicles and the first real attempts toward Smart Cities as seen in a smart quarter of Toronto.

In a guest article for Computerwoche, Gartner Research Director René Büst wrote that beyond cloud and fog computing, mesh computing will follow, which he sees as a possible approach to break through the anticipated shortages due to the growth in IoT data amounts. With meshed networks, in which each network node is linked to one or more other nodes, taking the imminent trend from cloud to edge computing with decentralized data processing to the extreme. The above com! article on the Gartner forecasts on upcoming IoT trends states: “Layers linked to core architecture will be developed into a restructured architecture consisting of a wide, networked spectrum of “things” and services”. The main advantage is that IoT devices can now communicate directly with each other and no longer via the internet. If a node fails, data transfer within the mesh network is not affected, says Büst.

In the meantime, edge computing continues to become more and more important in order to overcome the limits of cloud, a message computerworld.at was able to take from the IoT World Congress in Barcelona. Thanks to machine learning and AI-algorithms, it is also more intelligent.

IoT devices, such as the numerous networked sensors found in production companies, produce a vast amount of data waiting to be evaluated. Device Insight already links this in its IoT Platform CENTERSIGHT with big data analytics and artificial intelligence. A trend that will, according to Gartner, continue to grow in 2019.

According to Gartner analyst Jones, conventional processor chips will continue to be used in the majority of IoT endpoints, above all, energy-saving ARM processors. Traditional memory architecture would not be suitable for all tasks that endpoints are required to fulfill. Deep Neural Networks (DNNs) are, for example, less restricted by processing power than by memory bandwidth. New special chips could lower DNNs’ energy consumption further. CIOs should pay special attention to silicon chips, as their embedded AI functions would enable new innovative products.

These three trend subjects, dealt with individually in Gartner’s forecasts, will become more significant in the coming year due to GDPR, increasing expansion of Social Networks, Industrial Espionage and other threats. Gartner Research Vice President Nick Jones was quoted in IT-Business.de: “Successful application of an IoT solution requires that it is not only technically effective but also socially acceptable”. CIOs must therefore train employees and consider groups such as Ethics Boards.

IoT Governance concerns the appropriate creation, storage and use of information gathered from IoT applications, whereas CIOs – according to Jones – should also take on educational roles.

Trusted hardware and operating systems are, after all, becoming more and more important as companies that implement IoT systems place the subject of security high on their list of priorities. Gartner expects that, by 2023, IoT systems will become more efficient and more secure thanks to a combination of hardware and software. Jones however recommends that CIOs should “collaborate with Chief Information Security Officers in order to ensure that the right employees are involved in the examination of all decisions”.

Speaking of security: In the consumer environment, the Internet of Things would appear to be developing in a rather chaotic way. Here, IT security is partly stuck in its tracks. In the B2B segment, the highest security requirements must apply, and all players must comply with them. Standards in the IoT and IIoT environments, in which Device Insight continues to maintain its active involvement, shall therefore become more and more important. 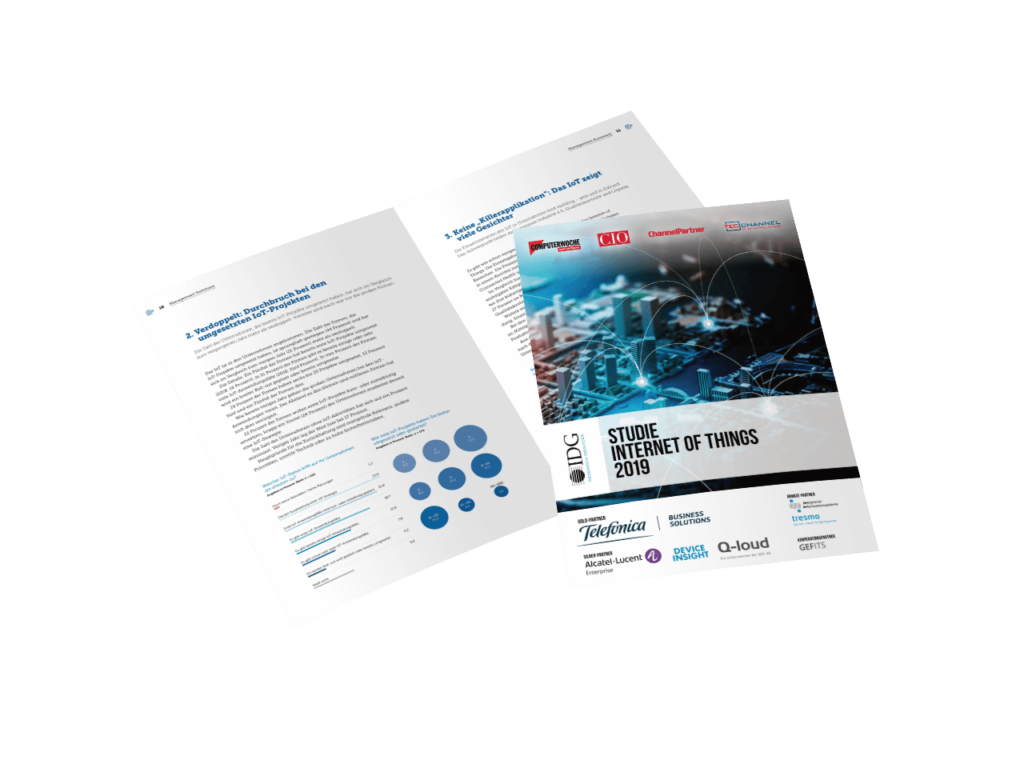 For more IoT trends, check out the latest “Internet of Things 2019” study from IDG and Device Insight (in German). 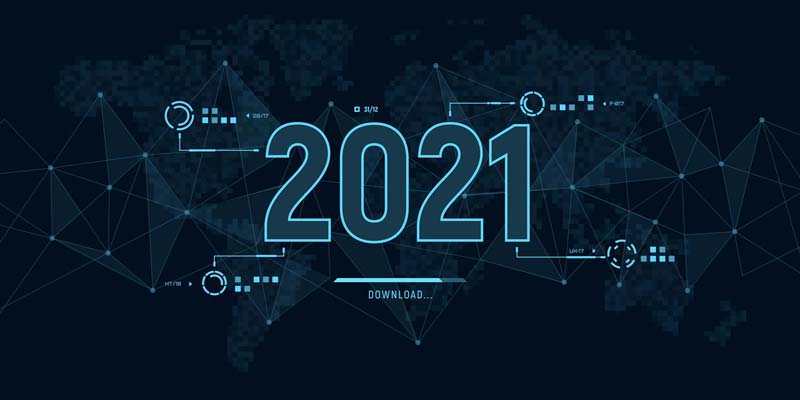 We show which developments and trends will shape the IoT year 2021. 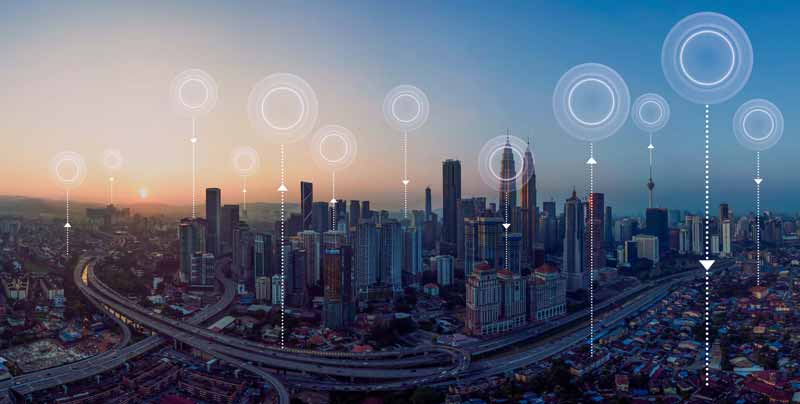 We show which IoT topics and technologies will play an important role in 2020. 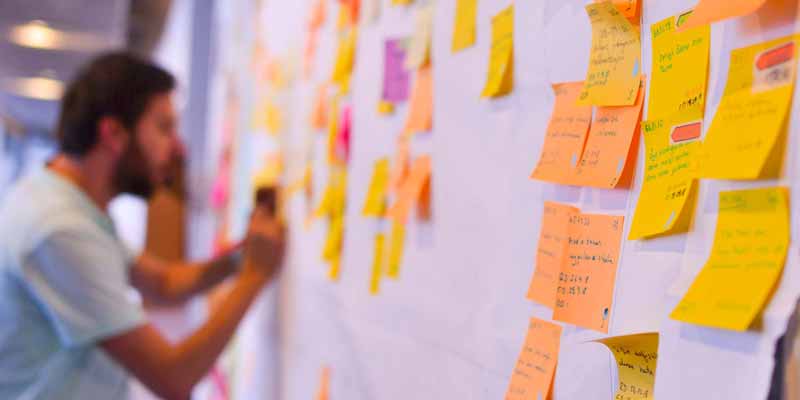 Read here which terms you should definitely know in the Agile cosmos.