For over 70 years, Hannover Messe has been the world’s largest industry fair. This year’s fair was marked by digitalization – which also had a lot to do with the end of CeBIT. Let’s take a look at the most important trends and technologies of HMI 2019 focusing on Industry 4.0, AI, Robotics and 5G – not forgetting Device Insight’s fair highlights. 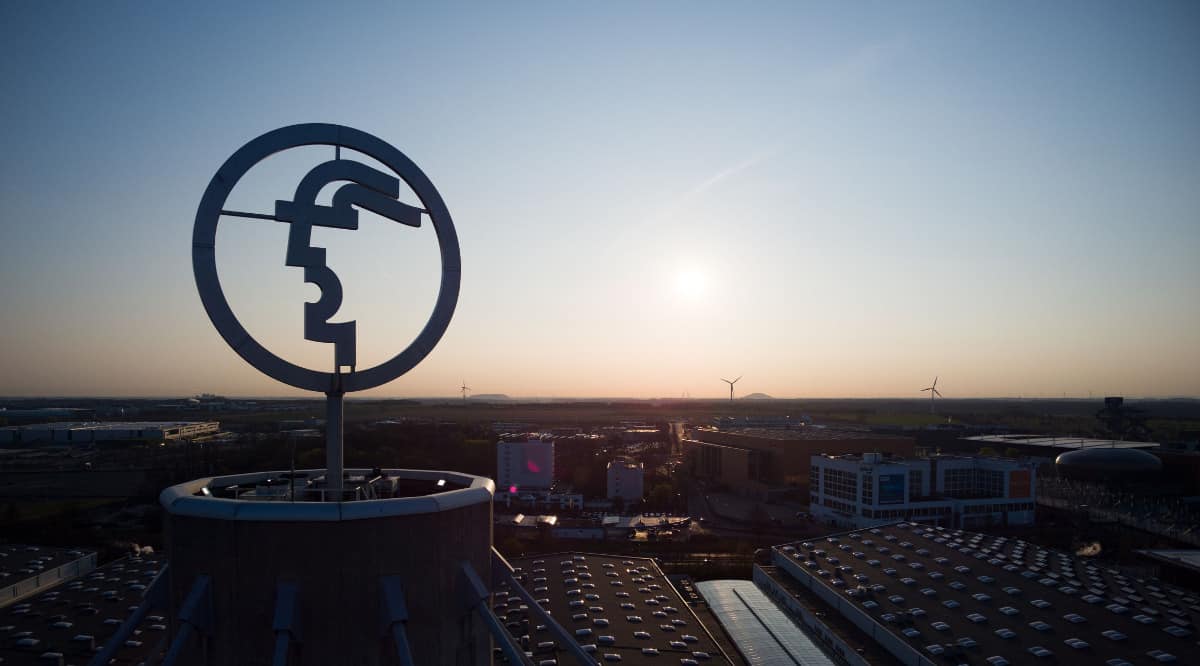 Featuring Sweden as partner country, Hannover Messe 2019 (April 1-5) attracted around 6,500 companies from 75 different countries and 215,000 visitors – almost reaching 2001 levels. This recent rush can also be explained by the passing of CeBIT, which emerged back in 1986 and has now been reintegrated into the HMI. True to this year’s leitmotiv “Integrated Industry – Industrial Intelligence”, IT and digital topics have also moved increasingly into focus. In the opening words of German chancellor Angela Merkel, the Hannover Messe has “incorporated the challenges of the modern industrial (value) creation”.

The growth of human-machine interaction was announced at the Hannover Messe under the name “Cobot” (for collaborative robot) as one of the key subjects. Other exhibition subjects included Industry 4.0 as well as Sector Coupling (holistic networking of energy and industry sectors), lightweight construction with increased support of additive production, commonly called 3D printing, platform economics for the transition to “intelligent” production plants and of course 5G. The 5th generation of mobile communication was already a top trend before the Hannover Messe and has now gone from just hype to actual “turbo” for Industry 4.0 here in Germany. 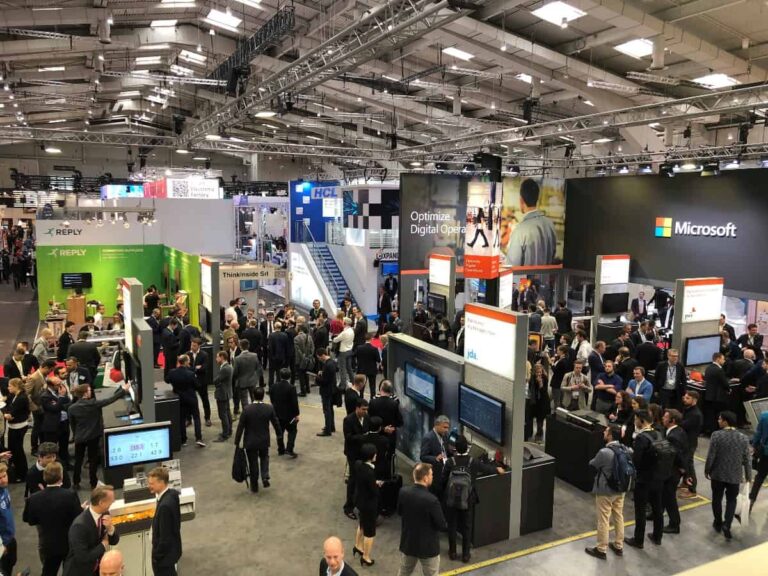 AI in Germany – is a catch-up still possible?

Hannover Messe was also “overshadowed” by concerns that Germany has been losing out on future technology, in particular artificial intelligence, or risking losing to the USA and above all to China. Views on this subject are strongly divided. In time for the opening of Hannover Messe, the Verein Deutscher Ingenieure (VDI, German Engineers Association) presented sets of figures, according to which, only 14 percent of VDI members thought Germany was a “major player” in AI. 61 and 67 percent saw China and the USA leading the way. 60 percent actually rejected Germany’s AI competencies completely. Ansgar Hinz, chairman of the VDE (Verband Elektrotechnik, Elektronik und Informationstechnik, Electrotechnical, Electronic and Information Technology Association) spoke with reference to the current Tec Report of a “swan song for Germany as an industrial nation”. On the other hand, a current study by Deloitte shows German companies anything but isolated in the application of artificial intelligence.

There are still enough German pioneers

A quick tour of Hannover Messe shows there is still enough reason for justifying optimism. Large companies such as Siemens, Bosch and SAP are still leading the way in many areas. German agricultural machinery manufacturers such as Claas are innovators in Farming 4.0 and once again introduced a number of impressive solutions.

KUKA AG, who became a Device Insight investor in 2017, also belongs to the leading international manufacturers of industrial robots. Using the collaborative KUKA robot application ready2_bolt as an example, Device Insight – this year as a Microsoft Partner exhibitor – presented a smart, cloud-based Industrial IoT solution, as well as demonstrating the interaction of humans, robots and analytics in real-time at the Hannover Messe. The potential that can be unlocked through targeted data analysis is enormous for operators and users of an industrial robot solution. Device Insight demonstrated live just how its IoT platform CENTERSIGHT is able to support users in lowering the amount of defective items or how machine learning algorithms are able to predict the ideal service time in the sense of Predictive Maintenance. 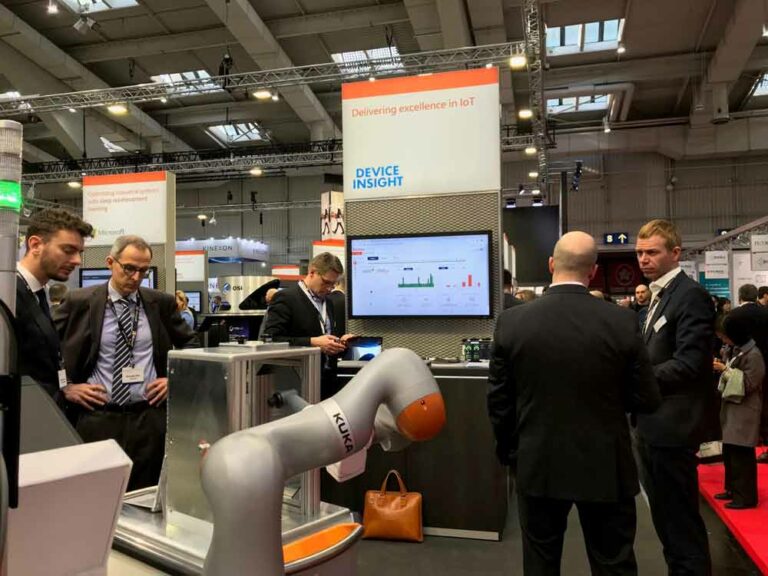 A further reason for hope for industry nation Germany: German companies have come to realize that the successful digital transformation of industry can only take place with cooperation and alliances. An example of this is the “Open Industry 4.0 Alliance” (OI4Alliance), announced at HMI by KUKA, SAP, Beckhoff, Endress+Hauser, Hilscher, ifm and Multivac. Its aim is to create a standardized and open ecosystem for the operation of highly automated factories and plants, incorporating logistics and services. In other words: Machines that were, up to now, unable to communicate with each other will soon speak the same language – the basis of fast, universal scaling of Industry 4.0. Device Insight is involved in many OI4Alliance projects and acts as technology provider and system integrator for KUKA.

Hannover Messe 2019 has once again demonstrated just why it has earned the title of “Leading Trade Fair” – not just because of its size, but also its contents. Industry nation Germany may have rested on its success for too long. It is however safe to say that the necessity of digital transformation and the significance of future technology have finally reached German boardrooms. The race for industrial technology leader is not over. 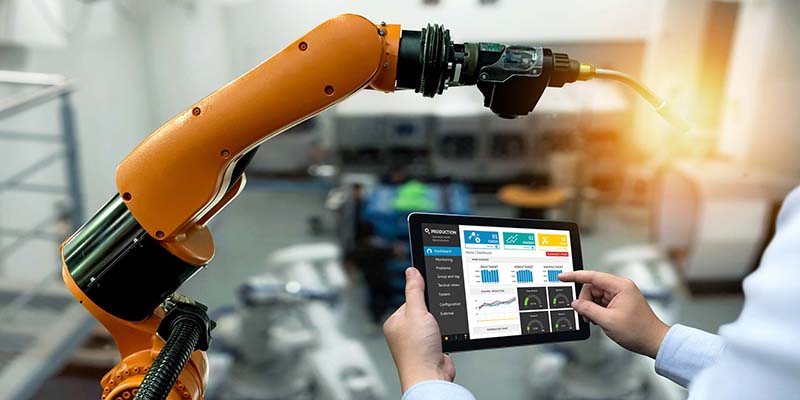 Hannover Messe 2019: Smart solutions for the Industrial Internet of Things

With its presence at Hannover Messe, Device Insight is making the topic of Industrial IoT tangible. 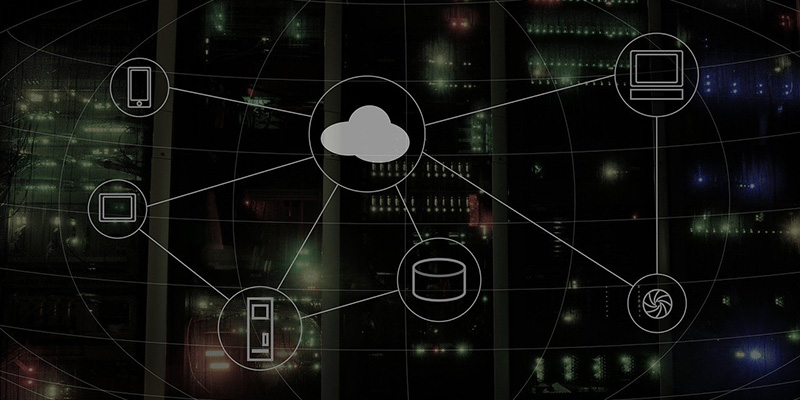